The changes may be painful, but could be worth it in the long run

When you picture a restaurant’s back of house, you likely flick to images of a bustling, overheated kitchen, complete with vegetables sautéing over an open flame and meat charring on the grill.

While those scenes may have been commonplace at many chain locations across the country for decades, they could become a distant memory as some cities and states begin to enact natural gas bans.

Cities and states across the country are looking for ways to reduce their carbon footprint. Lately, that's meant proposing and adopting ordinances that require new buildings to forego natural gas hookups for their electric counterparts.

That means it's out with the traditional gas stoves and grill, and in with electric appliances; much to some restaurateurs’ and chefs' chagrin.

In California, Berkeley was the first in the state to enact a natural gas ban for new residential and commercial buildings. On the other side of the U.S., the Boston suburbs of Cambridge and Newton are considering similar bans.

Some of the first companies to feel the heat of these new ordinances will likely be chain restaurants — a sector that’s relied heavily on gas appliances to quickly and efficiently mass-produce food.

While cities like Berkeley are mostly built-out, meaning there isn't a lot of room for newly constructed restaurants, the kitchen upheaval still has many worried about their traditional way of cooking.

That's the mantra Richard Young, Director of the Food Service Technology Center (FSTC), is repeating to restaurant companies facing disturbances in their kitchens as they transition from gas to electric appliances.

With more than 31 years of experience in the industry, Young and the FSTC (part of Frontier Energy) focus on the research and training of food service organizations, with a goal to teach people to use energy more effectively.

Young notes that the goal of a natural gas ban is decarbonization.

"But how does electrification work to make that goal happen?" he asked. "Electrification has been the news maker in that it is the easiest thing to get your head around. It's the way renewable energy has been moving for the last three decades."

That's to say a switch from gas to electric appliances isn't a complete shock to some in the restaurant business. Still, there are big picture difficulties to iron out.

"The place where electrification bumps into challenges is in the transmission and distribution system for electricity and in energy storage," Young pointed out. "It's an optimistic future for the energy solution side, but it's grey for infrastructure."

That's why many of the ordinances are focused on new construction, not existing infrastructure.

"In the short term, what these cities are saying is that the best pathway forward is renewable electricity. 'Let's go all electric, and let's do that in new construction,’" he said.

The Need for a New Design Approach

While the purpose of a restaurant’s back of house doesn’t change when the appliances change, transitioning a long-standing gas-centered restaurant chain to electric will come with some challenges.

Young pointed out that all-electric kitchens won’t require any more space than gas kitchens (as most electric appliances look almost exactly the same as gas appliances), however, they do need more capital to put into place.

“Electricity is a much more expensive fuel than natural gas,” Young said. “This is where it’s a think-ahead mentality. For a restaurant that doesn’t know if it’s going to be alive tomorrow, the operating costs of this change is a much bigger consideration.”

In order to bring the overall operating costs of an all-electric kitchen down to be the same as a gas kitchen, Young noted it will need to be designed as efficiently as possible. All equipment choices need to be fully considered.

For example, a 4-inch gas broiler will cost less to operate than a 4-inch electric broiler. Perhaps, Young suggested, an operator could go with a much smaller broiler and make up the rest of the cooking load with other appliances.

Despite the extra planning and initial investment required, making the switch to electric appliances in back of house could be a good way of keeping ahead of the curve.

“If you were to look at restaurant lines today, you’d find a lot of baseline equipment that hasn’t changed much since the ‘60s,” Young said, comparing older equipment to the large, fuel-guzzling cars of yesteryear. “There’s a lot of new technology available, people should be paying attention to that.”

Additionally, Young suggests that chains looking to expand to areas where the new codes are being enacted should conduct an efficiency analysis to determine their baseline costs and where they might be able to balance expenses for the switch to electric.

“People across the nation might not enact the codes right now, but it will hit them at some point,” he said. “And regardless of where you are, you still have an energy bill.”

While restaurants making moves to update their kitchens with newer electric appliances may spend more upfront, ultimately, they’re saving in the long run when it comes to energy usage.

"You can build an all-electric kitchen and make wonderful food. "

Those who begin learning and experimenting with new technology sooner rather than later, Young said, would also uncover solutions to a major hindrance hampering operations.

“One of the biggest challenges in food service is labor,” he notes. “New technology tends to have programmable controls and devices that can cook any food you want by controlling the heat and humidity precisely. If you have someone who knows how to use them, these can do tremendous amounts of work with a small amount of labor.”

Reiterating his earlier point, Young explained switching from gas to electric appliances is hardly a new phenomenon, and some restaurant companies have been reaping the rewards for years.

For example, Captain D’s chose to use custom electric fryers that could fit on top of refrigerators. Legal Seafoods has also spent the last few years revamping its kitchens.

“They had these big, hot, traditional appliances and ended up putting in smaller modular equipment that’s electric,” Young said.

Considering an electric and gas stove take up nearly the same amount of space in the kitchen, back of house design may not need to undergo too much change. It’s a chain’s mindset, however, that will need an overhaul in order to navigate the future. At the end of the day, preconceived notions will be the biggest hurdles to success.

“You can build an all-electric kitchen and make wonderful food,” Young said. 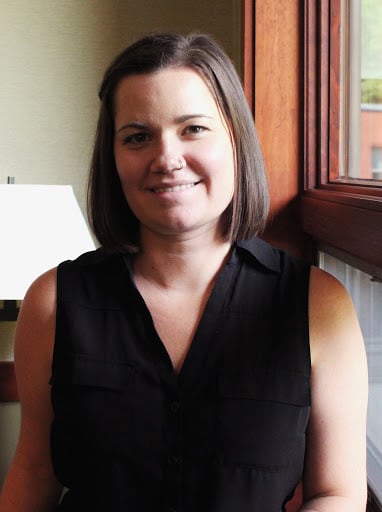