&pizza – pronounced "and pizza" – could just as easily have been another fast-casual pizza chain the likes of Blaze or 800 Degrees. But the D.C.-based company aspires to be much more than that – not just a pizza chain, but also a piece of local culture.

At RestaurantSpaces, &pizza co-founder and CEO Michael Lastoria talked about what it takes to create a brand that is a lifestyle unto itself, an embodiment of its own culture. The "and pizza" of &pizza indicates that the culture comes first – and then there's pizza. As Lastoria says, it's "a little to do with pizza and a lot to do with culture and a brand."

With its modern, minimalist black and white restaurant design – done to "create a sense of timelessness" – that is different in each of its 23-and-counting locations, &pizza makes an immediate visual impact, turning the idea of the traditional pizza shop on its head and reinventing it entirely. These are definitely not the red-and-white checkered tablecloth pizzerias most of us grew up with. 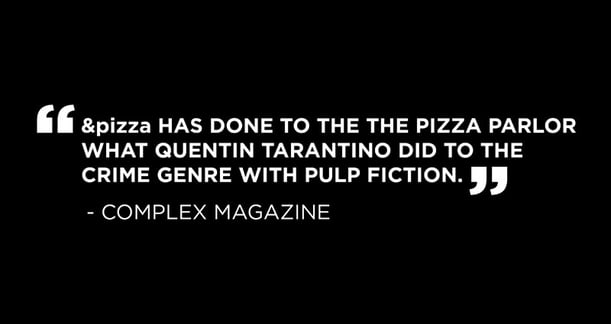 But the design of each of the individual spaces is much more carefully thought-through than just being generally "hip" with a modern look.

"We are born from and belong to local culture," Lastoria says, and he outlines how, with each new store, they research that neighborhood to find out "what makes it special; what makes it different." They look for ways in which they can pay homage to that neighborhood, looking to tell a story that either hasn't been told before or hasn't been told in a way that is representative or deserving of what that story is. They look to create a version of &pizza that the residents can feel is their own version, so that "the neighborhood has true ownership of that particular shop."

The shops all have what Lastoria calls a "refined urban edge":

But the restaurant design is also about showing that they understand what that neighborhood is about.

"It's not always just designing for ourselves," Lastoria explains. "It's designing for ourselves in addition to designing for our neighbors, the communities that we serve, and our partners, and the way this is done is through hyper-local design, so neighborhood-driven design created by the community. So [when] we concept it's working with local architects, with local designers, with local muralists and graffiti artists in helping bring that concept to life, in the way that only someone who has lived there, who has breathed the air in that community for some period of time knows how to do."

Every shop has its own name, number, and design story, and that story is an integral element of the brand. 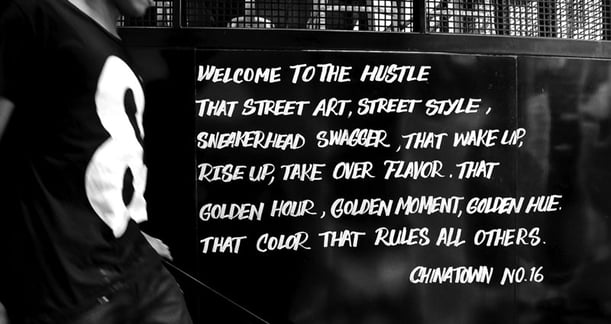 ''The reality is we don't give a damn because to us it's important because we lead with creativity [and] innovation, because we are trying to tell a story in only the way that we can tell that story."

"The Town," shop number 19, is located in a 100-year-old-building in the heart of Georgetown, where George Washington once signed the deals to acquire the land that became Washington D.C. The shop prominently displays two inverted-image murals of an ink-splattered quill, because that's what Washington used to "ink" those deals. At "The Hustle," number 16, they gave 15 Nike Air Force 1s to 15 D.C.-based artists to custom design and then displayed them in the store, paying homage to the "huge sneakerhead culture in Chinatown." 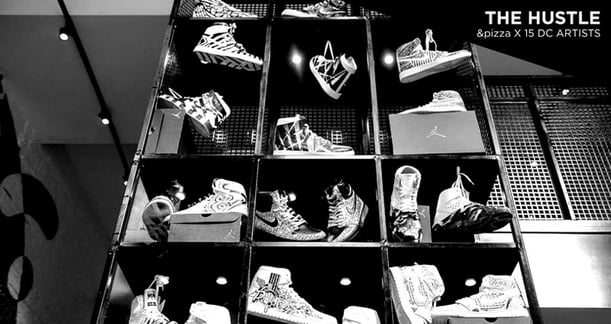 "How we think of telling the story of what was there in the community," says Lastoria.

"We create spaces where community is of extreme importance…Everything is art and everything is creativity."

The Hustle was also the first to introduce the &bar, where they serve their own craft wines and sodas. Lastoria explains that there are infinite scalability opportunities by creating different revenue streams in things like their line of craft wines and sodas, branded apparel, and limited partnerships with different brands to create a movement, allowing them to "get our brand into places it otherwise wouldn't."

Though he admits that it becomes increasingly difficult to maintain this attention to the local community at scale, it is something the company is firmly committed to. 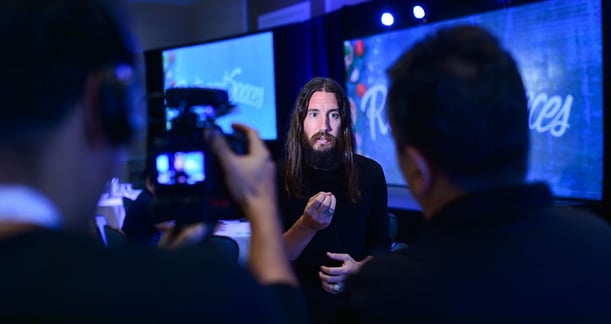 "We have refused to take money from the wrong people. We've refused to compromise just for the sake of scale. We've always bet on quality versus quantity, and we're going to continue to do so," he says. "For us you can't undermine the importance of the refusal to sell out, and so it's maintaining that balance of growth but also making sure that growth is getting better and happening in a way that is truly unique and authentic to the brand."

For a brand that espouses the importance of local culture, &pizza also recognizes that people are an integral part of that culture.

One of the company's core values is "Tribe First." &pizza has been a huge proponent of raising the minimum wage to $15 per hour and paying a living wage. Employees are called "tribe members," and so loyal are they to the brand that more than 75 of them boast a tattoo of the &pizza ampersand. 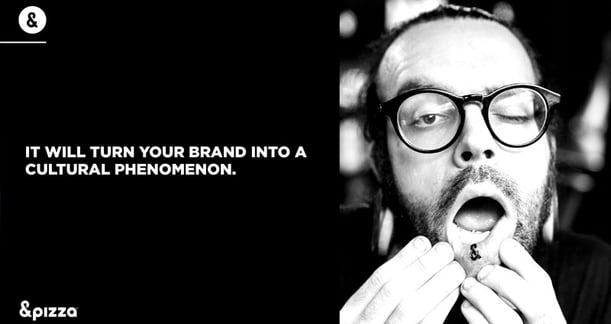 "You must align your company around the type of employee needed to deliver the right brand experience," says Lastoria. "Your frontline employees are your brand. Their actions determine whether or not a guest becomes an ambassador or even perhaps a detractor for your brand."

He continues, "Turn your brand into something that its workforce wants to be a part of, that stands for something more than its product and output, that says something about who they are as people and what they believe in, like the music they listen to and the clothes they wear."

It is this commitment to its own mission-driven values and the company's willingness to walk its own talk that instills such loyalty and enthusiasm among its employees and makes them its biggest ambassadors, and that's the kind of authenticity that cannot be replicated by corporations that do not share the same kind of people- and community-first values. 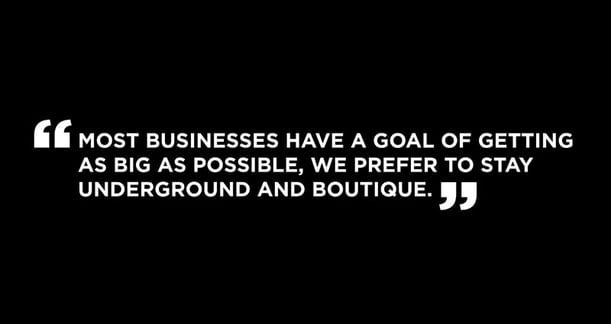 "We remain ahead of the trends and are constantly shifting popular opinions of what a pizza brand can or can't be."

&pizza is less a pizza chain than a cultural phenomenon, and that is very much by design. 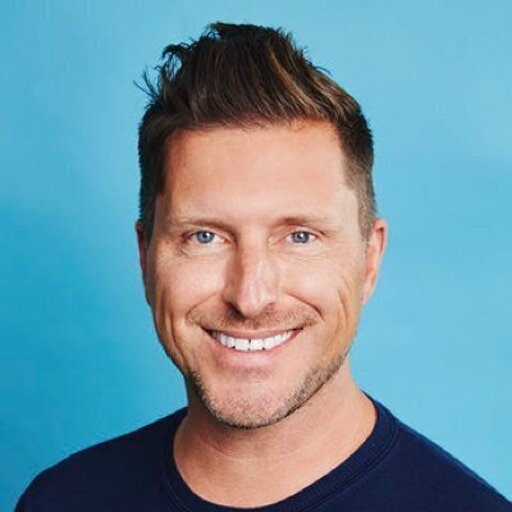