Avoiding The Dangers of Disinnovation

After more than three decades in operation, earlier this year Hooters opened a restaurant with an entirely new focus.

According to Ron Galloway, the venture is likely to fail.

“Hooters hiring male waiters. It’s not a good sign. I have a feeling that males won’t attend quite as much and I’m pretty doggone sure it’s disinnovative,” he said.

“Disinnovative” is a word Galloway uses quite a bit. As a futurist, his work and talks center around the unintended effects of new technologies and trends. A self-coined term, Galloway describes disinnovation as a state companies find themselves in when they refuse to advance or make changes, stagnating in the process.

Speaking at RestaurantSpaces, Galloway espoused the importance of avoiding it at all costs.

“If you’re not creating and preserving customers, you’re disinnovating. It’s as simple as that.”

Using Hooters as an example, Galloway explained that sometimes, businesses may think they’re taking positive steps toward improving their image, when they’re actually achieving the opposite.

“What Hooters is doing is alienating customers and I’m not completely sure if they’re going to bring in new ones. It is a completely disinnovative thing that’s borne of political correctness, not tending to current customers. ESPN is making the same mistake” he said.

Though Hooters is far from the only company Galloway deemed guilty of his dreaded D-word. He highlighted it among many other operations currently suffering from a very distinct brand of disinnovation.

“It’s been an incredibly political year and that’s hurting some businesses, because they’ve decided to get political. This is a form of disinnovation where you think you’re bringing in a new audience by being political and being attractive to a new set of customers. But what you’re really doing is driving your current ones away,” Galloway said.

Learning From Past Lessons

Disinnovation also occurs when a business fails to predict major shifts within its industry. As technology continues to evolve at a rate never seen before, Galloway said restaurateurs have a lot to learn from what is perhaps the biggest disinnovative nosedive of the last decade.

“They kind of blew off the iPhone and refused to make changes. They weren’t seeing what was right in front of them and what their customers wanted.” 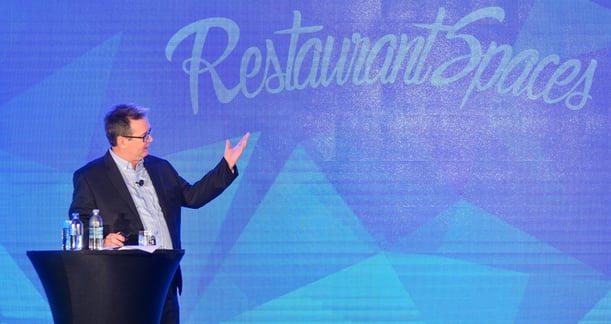 He said the example should be a lesson for companies to remain attentive and alert at all times. Keeping ahead of competitors lies in constant vigilance of the marketplace, even during periods of growth.

Keeping Abreast of Your Own Success

According to Galloway, one such company effectively adapting in the face of skyrocketing sales is Southern success story, Chick-Fil-A. The chain has taken positive steps toward capitalizing on a boom in overwhelming popularity, which was threatening to derail its performance potential.

“The problem with Chick-Fil-A is so many people want to go there, you can’t get in the damn place.”

A self-confessed Chick-Fil-A addict, Galloway was barely able to hide his own frustration. “It takes an hour and a half to go through the drive-thru! You can’t even make it in the parking lot. Its very achievement is making it a little disinnovative. When I see cars lined out into the street, I just drive on.”

In light of its difficulties to keep up with demand, Galloway commended Chick-Fil-A for its efforts to remedy the issue. In response to expanding wait times, the company implemented a pre-order system in line with current trends in the industry.

“What they’ve done is come out with an app where you order your food while you’re on your way to Chick-Fil-A. Then you just walk in and grab it at the pick-up window. That’s a great thing, it’s an innovative thing. It’s preventing the odd disinnovation that success brought onto them,” he said.

Something for companies to keep in mind on the innovation front is that the work is never done. Constantly monitoring the effectiveness of new initiatives is essential, as the line between innovation and disinnovation isn’t as defined as most might think.

“Disinnovation is difficult to spot when you’re in the thick of it,” Galloway said.

“Companies might think they’re doing something innovative, when they’re really not.

In particular, while technological advancements might facilitate greater customer ease and bigger profits, struggling to keep up with newfound demand can also reflect badly on a brand.

Starbucks found itself in such a situation following the rollout of its wildly successful Order and Pay mobile app. A huge, unexpected influx of customers led to the chain’s designers scrambling for a solution to the increased patronage, which resulted in lines out the door at its locations.

While it can be difficult to strike a balance, proper implementation of technology that improves customer convenience is an unavoidable prerequisite for sustained growth.

Highlighting the success of Disney’s Be Our Guest restaurant, Galloway praised the model for its potential to become commonplace among concepts that revolve around table service.

“What they’re doing really fascinates me because it brings together a lot of technologies that I think are going to be widespread in the restaurant industry in the future,” he said.

Coupling its MagicBand technology with self-service kiosks to simplify and speed up the ordering process, Disney also utilizes wireless technology to identify where guests are sitting in the restaurant.

“By the time you select any table you want in the restaurant and take a seat, the food that you’ve already ordered and paid for is sitting there waiting for you,” Galloway said. 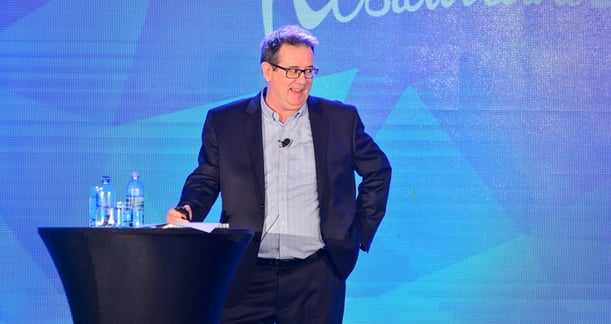 “There are times of the year when you have to make a reservation 180 days ahead of time at Be Our Guest. That is a huge, rousing success and a completely innovative thing going on in the restaurant world right now,” Galloway said.

All About the Customer

While it may be next to impossible for an operation to predict what changes will result in emphatic victory and those that will lead to failure, ultimately, a focus on the customer is what’s most important. For Galloway, a company fixated on profits is as productive as a dog chasing its tail.

“I said it before and I’ll say it again – the purpose of a business is the creation and preservation of customers. It’s not gross revenue, it’s not profits. I know that sounds weird, but the profits will the follow customers,” Galloway said.