“And the higher up you go the more important it is to celebrate those who work for you,” says Novak, CEO of Yum! Brands from 1999 to 2015, after serving as President/CEO of PepsiCo. With more than 1.5 million employees worldwide, Yum! Brands includes KFC, Pizza Hut and Taco Bell.

In 2016, Novak launched OGO (O Great One!) Enterprises, the "world's first recognition brand" with a mission to convince people of the usefulness of recognizing what others have done and close what he has dubbed the "global recognition deficit. Chief Executive Magazine’s 2012 CEO of the year shared some of his experiences and thoughts on leadership and recognition at RestaurantSpaces 2017.

He frequently draws on his 2012 book “Taking People With You” for inspiration. “Its everything I’ve learned about leadership to get things done,” says Novak, who emphasizes three things he’s learned in 40 years of corporate life that have contributed to his success, and, more important, the success of his teams.

Developing the 1) capability of staff means 2) higher customer satisfaction, which translates into 3) “more money” over the short- and long-term.

“The key to making money is always your people capability,” he says. “If you orientate yourself towards that you’re on your way to success.”

Building on a strong marketing background before he focused on operations, Novak believes on approaching people within your organization “like a marketer to get into their heads.” 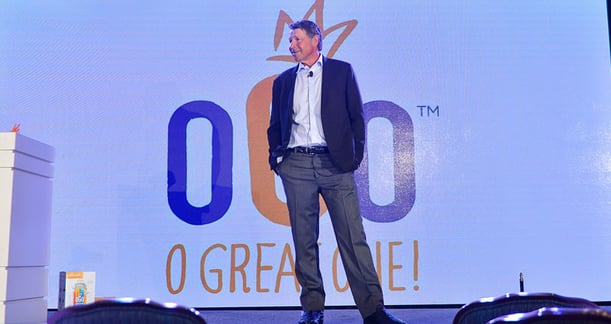 With his sights set on a position at the very top of the ladder, at Pepsi Novak shifted from a marketing position to operations, where he spent a lot of time in the field, interacting with staff on the frontlines and listening to their feedback.

In the process he learned that they not only had a lot of wisdom to share, but also that their skills, hard work and accomplishments weren’t being acknowledged. One interaction made an indelible impression. In a meeting with route salesmen he asked for feedback on those who really understood merchandising. Everyone at the table pointed to an older man named “Bob.”

“They’re praising him and Bob is crying. He said, ‘I’ve been with this company for 47 years and I never realized anyone felt this way about me.” This was an “ah ha” moment for Novak. “I realized that if I ever get to run a company, I’m going to spread praise like a zealot.”

Since then he’s but his beliefs to work and written about the power of acknowledgement in “Taking People with You,” his autobiography “The Education of an Accidental CEO” and his most recent book, a parable called “O Great One! A Little Story About the Awesome Power of Recognition.”

Novak got his chance at KFC, where, when he took over, there were huge challenges. Morale was incredibly low, franchisees were suing the company and everyone was talking about how great things had been almost two decades earlier under the leadership of “the colonel,” who had been dead for 15 years!

“There was no fun going on. People were too busy hating each other and there was absolutely no recognition whatsoever. This place was really dead.”

Make Time for Self Analysis

For those of us looking to develop as leaders, Novak stresses the importance of putting ego aside and doing an honest analysis of your strengths and weaknesses as a leader.

Throughout his career each year he would do an exercise called “Hot Shot Replaces Me.” 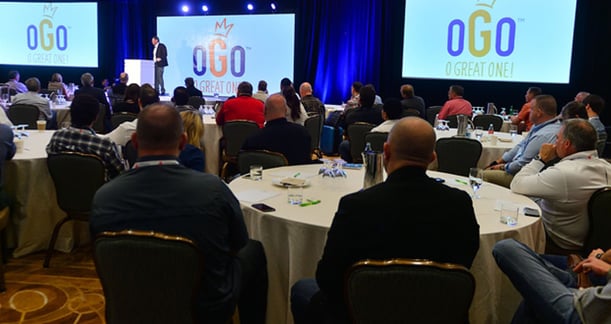 “If someone came into your division and took your job, what would they do?” This means analyzing goals that haven’t been met, boxes that haven’t been checked off under your leadership. “Why are our same-store sales still lower than McDonald’s?”

This exercise can be frustrating, but also empowering.

“The most fun thing about business is finding what hasn’t’ been done, attacking it and making it happen.''

“You want to be your best self.”

To improve performance, Novak also recommends “a 3x5 card exercise.” Write down what’s going well and then send to dozens of other managers and staff throughout your company or division of your company asking for “Help.” Pose the question: “What can we do better?”

This may require prompting because (almost) no one wants to criticize the CEO. “When you’re CEO and you’re passionate and committed, you can really scare people,” Novak says. “You’ve got to be open and vulnerable to get the feedback.”

Unlike many CEOs, Novak is not the child of privilege, resting on an MBA. He grew up in trailer parks, sold encyclopedias door to door and earned a journalism degree before beginning his journey up the corporate ladder. While conducting research for a book, Novak interviewed leaders in a number of fields including Basketball great John Wooden and Colin Powell, another leader from a humble background.

Wooden’s advice—when hotshot is out for personal glory rather than team success, bench him until he learns the importance of collaboration.

Powell recalled his first job, working in a Pepsi bottling plant as a young teen. The future military leader’s job was to mop up syrup on the floors at end of day. At end of summer, his foreman came up to him and said what a great job he’d done. Powell always remembered that acknowledgement and applied the same emphasis on staff recognition throughout his career.

“Recognition says ‘you’re watching,’” Novak emphasizes. “If you don’t acknowledge what your staff is doing, then it means you’re not watching. Recognition says what you do really matters. That brings the whole enterprise up.”

After a career of recognizing employees within the structure of Fortune 500 companies, now Novak is building his OGO startup, helping bring “recognition” to small businesses, volunteer organizations to people looking for better ways to acknowledge people they love and value.

“We are suffering from a global recognition deficit,” Novak says. “People everywhere are craving recognition and we’re working to give people the power of recognition.”

How strong is this “recognition deficit”? Over 80% of employees say their supervisor doesn’t recognize what they do and a surprising 60% says they would value more recognition versus more money.

''A surprising 60% says they would value more recognition versus more money.''

“Sadly, recognition happens at work about every two months,” he says. “Why is it so seldom? People are afraid their workers will take their foot of the pedal. It’s not true.”

Another misconception is that if a boss praises one employee, others will be angry that they weren’t recognized. “Recognition is soft stuff that drives hard results,” he says. “People leave companies because they don’t like their boss or don’t’ feel recognized.”

Novak adds one caveat. Don’t acknowledge mediocre performances just to meet a quota, citing the current phenomenon for “participation trophies” given to children for showing up at an event.

“I think recognition should be earned and I don’t think you earn something just by showing up,” he says. “If you’re not getting the job done, you shouldn’t get the recognition.”

A cancer diagnosis in 2016 prompted the CEO to reassess his life. In addition to working on his new company, Novak is doubling down on his philosophy of recognition in all aspects of his life.

“With cancer, you don’t get hit by a bus, so you have time to tell people what you value about them,” he says. “It became a blessing because I really got some unbelievable feedback from a number of people.”

He poses the question, “What if you got hit by a bus today? Who have you not recognized? So just say ‘Thank You’ every chance you get.”