After T-Mobile finalized its acquisition of Sprint in the spring of 2020, it converted 5,800 Sprint retail stores that summer. It was an impressive undertaking—especially given certain world-changing events occurring at the same time—and it was only the beginning of an even larger one. T-Mobile has spent the last two years going down to the studs and rebuilding those stores, integrating its own design and technology. While the telecom giant is making steady progress, it’s nonetheless suffered the gamut of issues hindering retailers in this late stage of the Covid-19 pandemic. “Between supply chain, labor, inflation, and just the cost of materials going up, we've had to manage through it,” said Jim Arca, T-Mobile’s Director of Construction. “It’s one roadblock after another that's been thrown out in front of us.”

He’s not alone. Speaking to a Chief Development Officer at a rapidly growing national coffee chain, expansion efforts have faced no shortage of obstacles: rising costs, permitting delays, labor issues, real estate availability. Another construction director revealed their costs have gone up 60 percent since 2017, with half of that happening in the last 24-months alone.

How are companies dealing with the forces hindering development today? To answer these questions, we spoke with Arca and John Morris, President of general contractor The Beam Team. We also drew upon conversations we've been having with a number of restaurant construction executives in recent weeks.

Despite more than two years of scrambling to find solutions to crippling lead times for equipment and materials, procurement challenges seem to be just as bad, if not worse, than they've been thus far. Anecdotally, executives have admitted to taking equipment from one building, in order to install it at another location, often in a different state. Many we've spoken with have said that 2022 is the craziest year they've experienced in their decades-long careers.

Since the thick of the pandemic, construction leaders have been working with vendors to stockpile equipment in an attempt to protect pipelines. However, as one executive pointed out, this isn't a sustainable strategy—storage space is running out, not to mention the financial risks of being stuck with a surplus of equipment as projects get pushed out.

Right now, many seem to be struggling with getting the basics. Switchboards and other electrical equipment, as well as items like ovens currently have lead times of up to 60 weeks. One leader revealed a shipment of breaker boxes ordered in May will now only arrive in October, despite originally being given a 40-day wait period. "We've been bobbing and weaving, but we're out of bobs and weaves," they quipped. "We're pretty much knocked down everywhere we turn."

While the situation is bleak, Morris highlighted the importance of continued coordination, communication, and foresight. Orders should be clear and correct before they’re sent out, while executives should think of backup plans and secondary providers—especially, Arca added, for mission-critical materials. Transparency with vendors is essential to dealing with unforeseen externalities, like staffing shortages on the shipping side. “What we’re finding a lot is it's not that the materials are missing, it's the drivers to get the materials there,” Morris said. “Just providing a lot of transparency and communication as to what the expectations are on delivery times and stuff like that is key.”

Construction leaders everywhere have also turned to value engineering to get as many projects as possible done on time. This is causing undesirable flow-on effects, as off-the-shelf commodities used in lieu of custom-made items ultimately hinder restaurant operations. In order to offset this, design teams are needing to factor greater flexibility into their layouts. 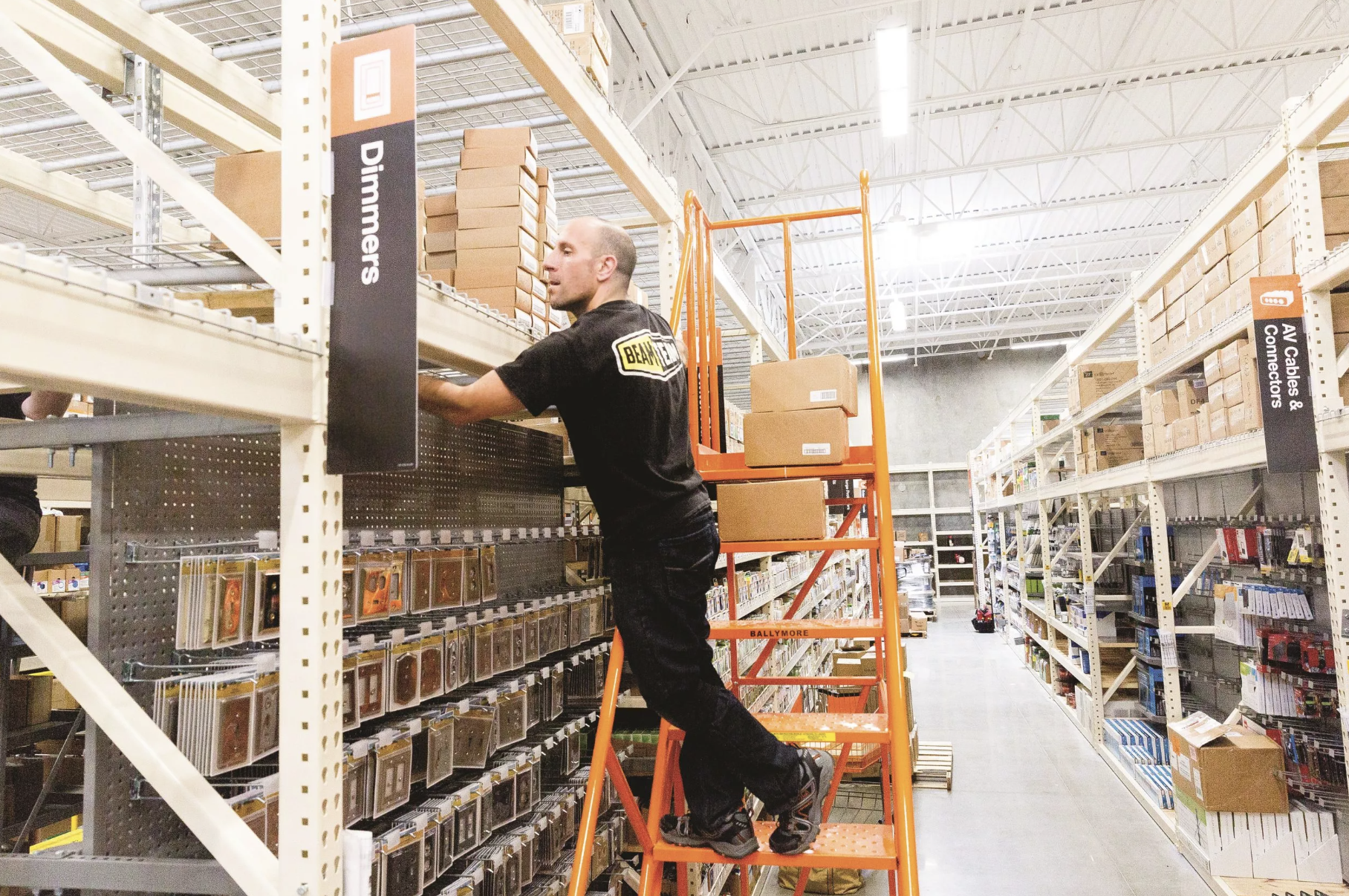 One of the most nettlesome challenges retailers face is ongoing delays in permitting processes. The product of staffing shortages, remote work, and the virus itself interrupting already lengthy bureaucratic timelines, these delays can set projects back by months or longer. “We’ve had some jobs where it was a misspelling of the address or something like that, and then they have to literally start over the process because of one little clerical error that occurred,” Morris said.

“It’s just traditionally been very hard to accomplish things,” agreed another executive at a drive-thru concept. “People get Covid, and then they push out a meeting that only occurs once a month, so automatically you're delayed for a month.”

The delays may be getting shorter, but even short delays can wreak havoc. At T-Mobile, Arca saw an average permitting lead time of eight weeks reach 10 weeks, then as high as 14 weeks during the Omicron surge. “At the beginning of the year, we really weren’t getting permits,” he said. “It was taking 13, 14 weeks. We've seen that drop back now to where on average it's around 12 weeks, but we've never planned for that long in our timeline.”

To mitigate these interruptions, The Beam Team created a new position managing its permitting processes across the country. “It helps a lot,” Morris said, especially when it comes to competing against local contractors who enjoy a more familiar rapport with their local officials. “They [new role] kind of coach our field staff who might be dealing directly with somebody at the office, and just how you deal with permitting folks and get things done. We definitely felt it was worth the investment.”

Labor issues also continue to plague every level of the development pipeline.

An example involves the use of basically any specialized finish in a restaurant design. While chains might have a certain type of tile or steel on hand, in many cases, they're struggling to source available workers to install it.

“Labor availability is terrible,” one executive vented. “People are sort of capitalizing on the labor crunch and the availability to charge whatever they feel is appropriate.” Another leader stated, "it's like nobody wants to work right now."

One reason for the shortage, Arca described, is a raft of contractors filing for bankruptcy: even though there’s no end of work available, firms that didn’t prepare themselves for slowdowns earlier in the pandemic found their employees leaving for other work. “It's created a bit of an issue, where projects that normally take eight weeks have gone 10, 12, 14 weeks because our GCs are not there doing the work,” he explained. “Those that self-perform more work, and took advantage of the government programs to keep their payrolls, and kept the people employed are in a better position than those that probably didn't take advantage of those opportunities.”

Morris was able to back up these hikes in labor costs with some statistics. Over a 12-month period, average pay rates for equivalent positions increased 6.3 percent, while temporary labor rates have increased 5 to 30 percent, depending on the area. Workers comp insurance went up more than 20 percent and health insurance has increased 12 percent. Overall, recruiting expenses have increased over 200 percent.

He explained that at The Beam Team, they’ve discovered one shocking secret to withstanding the effects of the labor crisis: being good to work with. “We pay on time. We work really well with our contractor partners. That's important now, as things are moving so quickly—there’s a lot of contractors that are tracking down their payments and things like that… We've seen good loyalty back from what we've provided over the years.”

“Just be good partners,” he continued. “Offer a lot of transparency. They're experiencing the same things we are with cost increases, so we're trying our best to be a partner and manage cost increases with them.”

Investing in the Long Term

Internal hiring remains challenging as well. Even when a company manages to staff up, it might find itself burdened with untrained workers eager to leave at the earliest opportunity. “There's a lot more people getting into this industry, because it's a hot industry and there are high-paying jobs,” Morris explained. “And as they jump from job to job, they typically will find themselves getting pay raises, because employers are trying to steal people.” 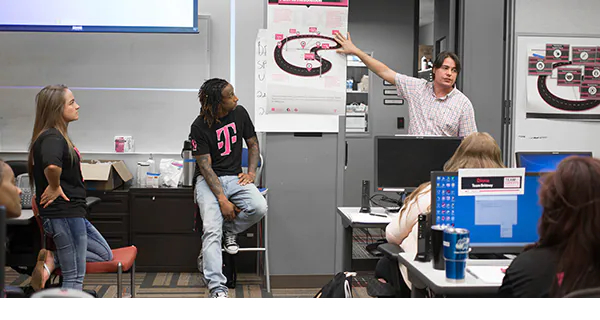 At the same time, he warned that employers who lure away their competitors’ employees end up shooting themselves in the foot. “If you're an employer, and you're trying to steal some people, you may throw some dollars at them,” he said. “But if your company's not solid, if you don't have a good culture and you don't have good training, then these will be short-term employees. That word gets around. So I think people got over that pretty quick—you could go make some more money somewhere else, but it doesn't equal happiness and job satisfaction. It doesn't equal long-term career growth. So that's what we try and focus on.”

To remedy this, T-Mobile launched an internship program for students pursuing construction management degrees. “There’s a need for it and not a supply,” he said. “One of the things that I truly want to advocate is to spend more time trying to bring on more subject matter experts, through school, and then teach them more and mentor them in this space. Because there are truly not enough of them.”