Nolan Bushnell Talks the Future of Foodservice and Tech at RestaurantSpaces 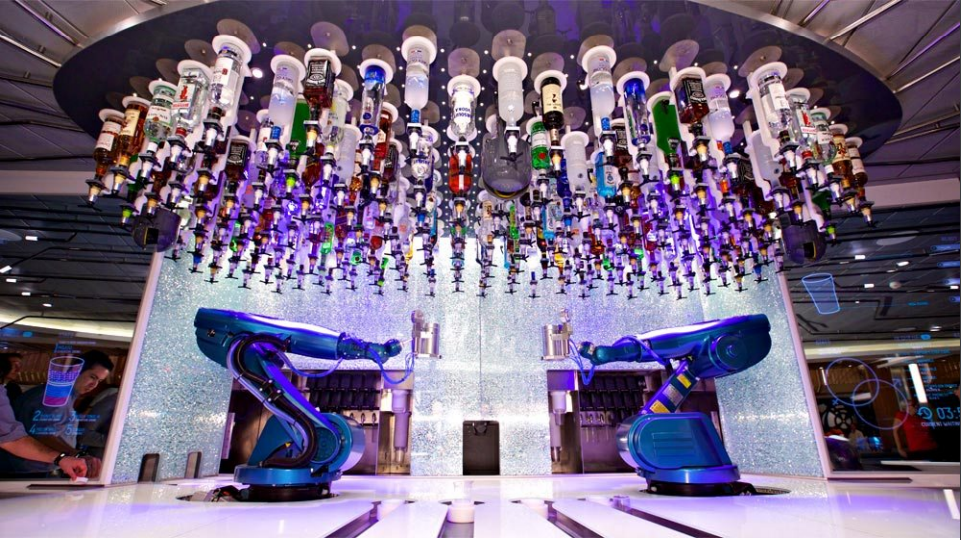 Nolan Bushnell has a vision for the future of the restaurant industry.

Actually, he has a vision for the future of everything, but as a restaurateur himself that vision also includes some predictions for food service.

Bushnell might not be the household name that Steve Jobs and Bill Gates are, but he has also been a significant figure in the adoption and advancement of technology over the last four decades. He is probably best known as the founder of the Atari Corporation, and as such the "Father of the Video Game Industry". Beyond that he has been a long-time technology pioneer and serial entrepreneur, founding numerous companies that have served as the blueprints for whole new sectors in the tech industry.

He founded Catalyst Technologies, the first tech incubator; Etak, the first car navigation system on which all navigation systems used today are based; Androbot, a personal robotics company; ByVideo, the first online ordering system allowing customers to order and pay for products from kiosks; and, most recently, Modal VR, an end-to-end, fully immersive, and totally wireless virtual reality platform. 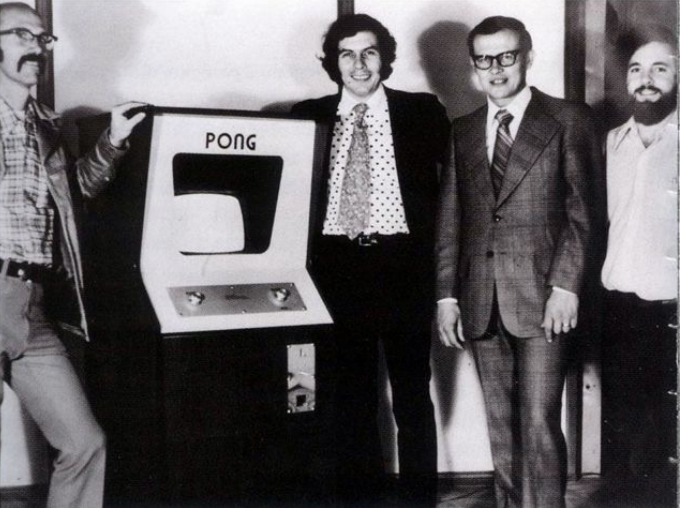 In a recent talk at RestaurantSpaces, Bushnell outlined his vision of the future and grounds it in his own lessons from the past.

The Future of Cities: Underground traffic and Hyperloops

Bushnell predicts cities will go entirely green and traffic-free, with all traffic being funneled into underground tunnels, and all automobiles being autonomous. In fact, he says self-driving cars are more important than world peace, and also thinks they will have a huge impact on the restaurant industry, driving alcohol sales up 15 to 20 percent.

He sees the greening of cities also ushering in a new age of European-style café culture in America, which is something American cities have struggled to replicate because of the dominance of the automobile.

Bushnell also sees high-speed hyperloops becoming prominent in his lifetime, enabling someone from San Francisco to go have lunch in Los Angeles in just 20 minutes.

"With technology, everything is getting much simpler [and easier], but also more complex," he states. "In next 15 to 20 years, there will be more disruption in the restaurant industry than ever before."

For one, and this has been predicted by many other experts as well (it's actually already happening), labor costs are going up while labor availability is going down. Restaurant owners and managers will need to address that, and technology is going to be a big part of the solution.

The Future of Restaurants: Robots, Drones, and Entertainment-driven Experiences

Tech-enabled table ordering, whether via tablet or something more advanced, like an interactive Alexa, is one possible (if not probable) solution. The trick, he says, is getting the interface right, but with Google Home already slated to be operational in 30 languages this fall, there seems no better way to address customer interactions than with a multilingual "server" that can allow guests to select and customize their orders at their convenience and instantaneously send those orders to the kitchen. Smart home devices will be used for commercial customer service purposes in a big way in the next 20 years, Bushnell predicts.

They could even come to replace real people in roles like bartending – in Las Vegas, the Tipsy Robot Bar uses robots (assisted by humans, for now) to mix basic drinks. In the future, perhaps Alexa can model more advanced AI with a psychiatrist algorithm it can access when a customer comes in needing to talk. It sounds like the stuff of sci-fi, but these things are coming ever closer to being reality. 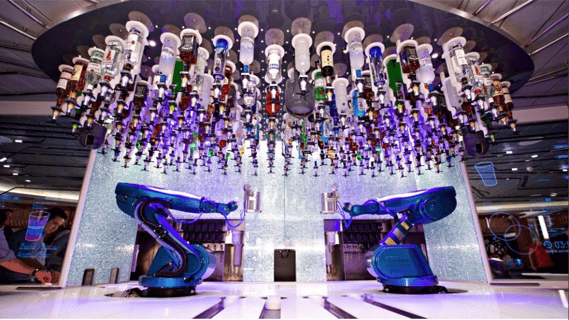 In five years, Bushnell further predicts, robots will be everywhere. Most people will have a robotic landing area in their homes. Drones will become the primary delivery service not just for major companies like Amazon, but for every business, including restaurants. They could even prove a threat to traditional dine-in restaurants as we know them – a commissary kitchen in the center of a few miles' radius can offer the same experience of food quality and temperature that you can have in a restaurant, and it can be delivered directly to your door via drone in about four minutes…about the same amount of time it sits in the window waiting for your server to come grab it.

Commodity food – feeding people because they're hungry – will no longer be an option. Robots will be everywhere and they will do it better. Technology is going to impact the foodservice industry in drastic ways, but we don't have to start ringing the death knell for restaurants quite yet - they will just need to evolve.

Just as retail is shifting to the more experiential, so too will restaurants. People want a story; they want an experience. Video streaming, dynamic lighting, artificial scents – all these things can help to create a singular restaurant experience that people will still want to leave their homes for. They'll want a little bit of drama and a story with their food…and they'll be willing to pay even more for it.

"When you have a story to go along with the food, the food tastes better," Bushnell states. Restaurants are already doing this now, detailing their local sourcing and listing the names of local farms and producers they work with, or giving extensive background on the chef's culinary training and cultural heritage.

Planning for the future based on lessons from the past

If all of this sounds like a spate of random flying-cars-and-food-replacement-pills futuristic predictions, consider this: Bushnell knew someday computers would be cheap enough to have in every home and he knew that people would pump money into electronic games for their leisure. As the father of the video game industry, expected to be worth $230 billion by 2022, he might know a thing or two.

"Give people what they want when they want it" is his advice. He tried that with a concept called uWink, a digital entertainment-based restaurant "experience" that launched in 2006. This was right when the Internet "was just getting good" – the restaurants, which relied on Internet connectivity for their digital ordering software and games, were plagued by downed web connections. The technology also cost the company $15,000 per table…two years later the iPad was released and would have cost $400 per table.

The concept was too ahead of its time, but it foresaw the direction that dining and entertainment were headed. One valuable takeaway, which will certainly be used by restaurants of tomorrow as they transition to digital ordering, is that when a customer doesn't have to wait for a server to place a second drink order, alcohol sales go up 15-25%. This is great news for restaurants, but less so for front-of-house service industry workers. 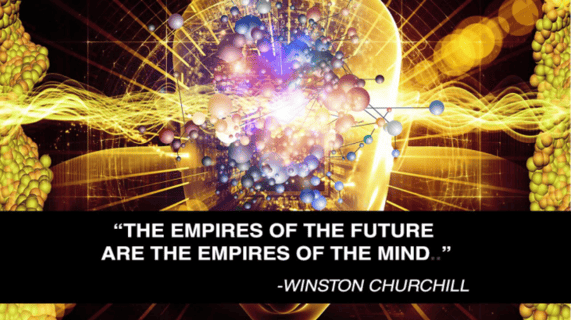 Bushnell concluded with talk of "creative destruction," an economics term that refers to the complete destruction and replacement of old models as means of production advance and evolve to create new ones. This means whole industries disappear, necessarily, as the world saw during the Industrial Revolution. Textile workers known as "Luddites" famously tried to stop this from happening in Britain and lost; Britain went on to become one of the world's leading industrial powers. In India, automated looms were outlawed; the country has been plagued by shocking poverty ever since.

There are already modern equivalents: the already more profitable and larger renewable energy industry versus the dying coal industry is probably the most visible. With technology, workers will be displaced, and some are going to put up a vicious fight much like the Luddites, and there will be politicians trying to help them and condemning the country to a backwards-looking second-rate society by doing so.

But the world is going to be a very different place, and very soon, Bushnell says. We must mold it into a better world.

The restaurant industry is going to experience its own form of creative destruction, but that won't mean death to the restaurant industry any more than automated looms killed textiles or solar panels killed power. Restaurants will simply need to adjust, whether that means strictly hewing to a fast-casual concept with drone delivery; eliminating most front-of-house staff and replacing them with tablets, robots, and digital assistants; or creating some singular, unique experience that goes far beyond merely serving food; restaurants will need to embrace technology and evolve with it, just as their customers do.