Insights from a seasoned general contractor

There’s not a single executive in restaurant construction who hasn’t felt the brunt of severe material and labor shortages over the past two years. While these difficulties securing equipment, resources, and subcontractors for projects is certainly only a temporary situation, development leaders need to do all they can to set themselves up for success and keep their pipelines moving.

Ultimately, for those awarding contracts, the name of the game is lead time.

“If we could get 10 or 12 weeks before the start, you're helping ensure your success,” said Tim Hill.

As VP of nationwide general contractor Beam Team Construction, Hill is no stranger to the restaurant industry’s trials and tribulations over the course of the pandemic. Like all of the brands they partner with, The Beam Team has been forced to adapt.

We sat down with Hill to discuss how restaurant chains and general contractors can achieve the best outcomes despite the circumstances everyone finds themselves in. As he explained, the answer lies in knowing which obstacles to overcome and which obstacles to accept.

Hill looks at the labor shortage from the other side: where general contractors see scarcity, subcontractors see more work than they can accept. Long gone are the days when Beam Team Construction could list a project on BuildingConnected and watch the bids come in. “It’s a very busy time right now for subcontractors,” he said. “They are not necessarily interested in smaller projects. When you've got a project that might be just one week or three days, many subcontractors are taking a pass Week After Week,unless you can schedule them to keep them busy..” 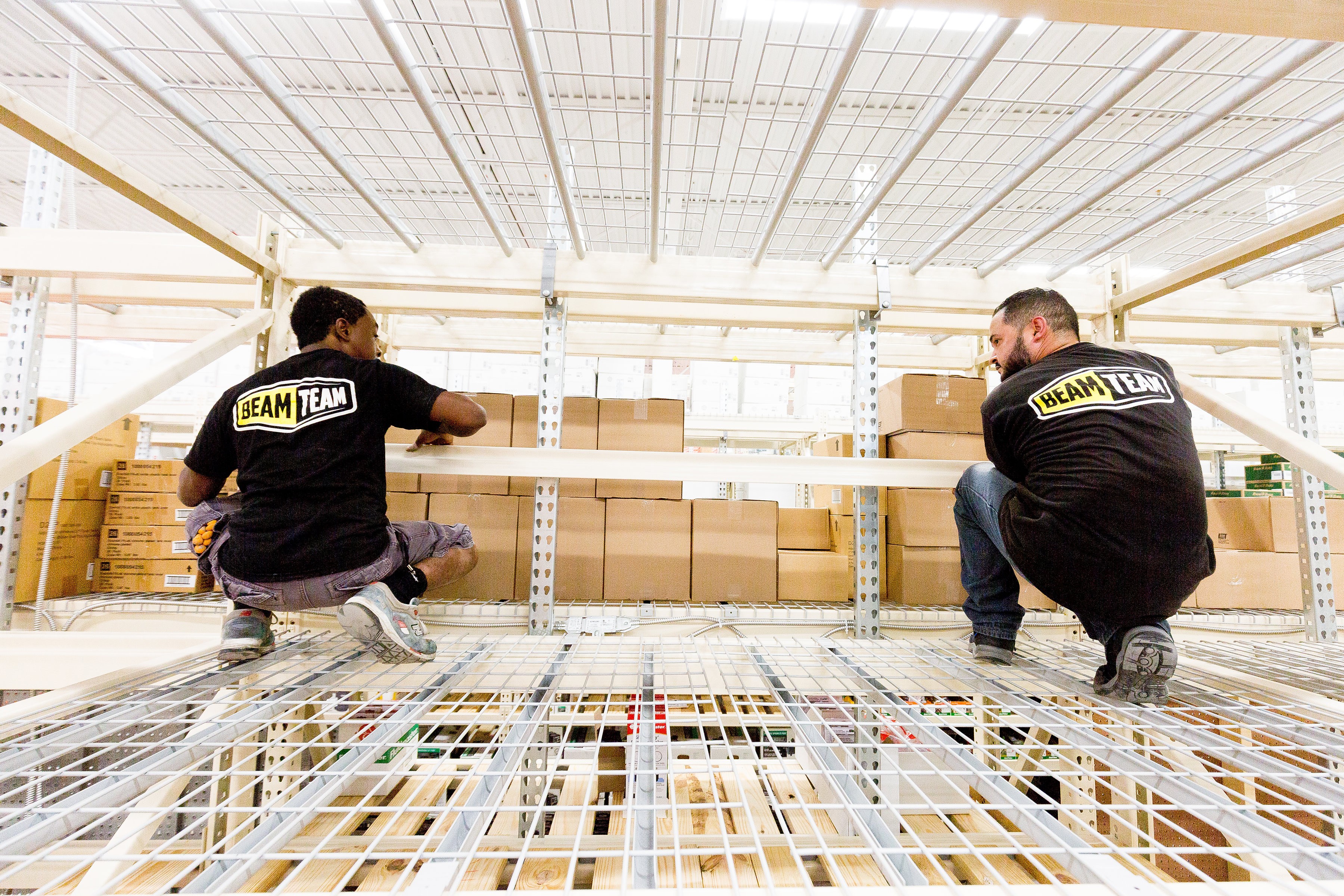 That doesn’t mean it’s impossible for GCs to find labor for smaller projects, he stressed. They just have to be the ones keeping their subcontractors busy, by ensuring them a steady stream of projects. “We’ll put them on the road. If they’re licensed in other states, we’ll have them go to other states,” he said. “If we’re keeping them busy, week after week, by efficiently scheduling routes, it's a winning situation.”

Naturally, you have to hire subcontractors before you can keep them busy. One tool The Beam Team learned to include in its recruitment toolbox is the human touch. "We have to make personal phone calls, send personal emails," Hill said. "As a GC, now we're actually selling our subcontractors that they should work for us and here's why. We have work that goes way out into the future. We can keep you busy."

So crucial is this element that The Beam Team created a whole new role for it: Subcontractor Procurement Manager. “In the past, our project managers would pick the subs, get the bids, decide on who it was going to be, and issue the contracts,” Hill said. “The reason we added this position is that we need to build relationships. We no longer just expect subcontractors are going to bid on our projects.”

Getting it Right… From Beginning to End

Equally important is answering a prospective subcontractor’s questions before they’ve even asked. “Right now they don't like the back and forth,” Hill explained. “What does this mean? What does that mean? It can mean that too many RFIs or unanswered RFIs mean the sub has no interest. They want to quote from the plans and be done with it quickly.”

This means ensuring there’s no room for confusion in any blueprints being sent out. “The subs aren't taking the time to learn all the ins and outs that might be missed on the blueprints,” he said. “Accurate blueprints have become more important than they were just a couple of years ago,” he said, noting restaurant leaders should take this into account.

Then there’s the obvious but too-often overlooked key to earning a subcontractor’s loyalty: prompt payment. “One of the key things, of course, is that we pay quickly and on time,” Hill said. “GCs need to pay promptly, pay on time, and pay accurately. A good payment process to subcontractors is critically important.”

When it comes to the broader workforce, Beam Team Construction found that a little creativity in job listings goes a long way. “We used to have an HR-written advertisement that was a job description,” Hill said. "We've changed that. We are now writing the job opportunity as an advertisement. So we're trying to be creative — for instance, in some ads, we call people superheroes. ‘Be a superhero, work for The Beam Team,’ that kind of thing, just to stand out.” For workers who do respond, there’s a retention bonus waiting for them at the end of their first project — and then, of course, there are many more projects to follow.

Patience is the name of the game for general contractors, who have come to expect delays in the bidding process, the estimating process, and even deliveries for simple materials like plumbing valves and dryfall paint. The Beam Team has learned not only to accept the delays but to build its business around them: for instance, in addition to the subcontractor procurement manager, it has a role devoted entirely to tracking permits. “It does take an awful lot of follow-up compared to before,” Hill remarked. “It’s a constant process to make sure the permits are there for both Beam Team and trade permits for our subs."

For restaurant chains awarding contracts, Hill reiterated the most important thing to remember is allocating ample lead time — in the vicinity of eight or ten weeks before the start of a project. Ample lead time is necessary for both bids and awards. It may seem unfeasible in such a high-pressure industry, Hill admitted, but consider the alternative: delays. “The greater the lead time, the better chance for success,” Hill explained, “ours, the subcontractors, the material suppliers, the restaurants.”

What is promising is the amount of work that’s around. While the current challenges are causing major headaches, everywhere, chain restaurants aren’t slowing down. Rather they’re being forced to get more creative in seeing their initiatives to completion. This complex problem solving will no doubt lead to improvements in process in the long term.

For Beam Team Construction, alongside many other vendor companies, business is booming.

“The situation can appear bleak," Hill said. "But many general contractors and subcontractors are looking at record years. There's a massive pent-up demand.”