The State of Restaurant Development

Less than a decade of streaming services, voice-activation and one-click ordering have made comfort and convenience the cornerstones of a modern household.

It’s no surprise, then, that how we spend our downtime is changing too. For the restaurant chains of the world, this means unpredictable times ahead.

This was the topic of discussion at RestaurantSpaces 2017, when a panel of restaurant development leaders, moderated by Steve Jones of JLL, reflected on the state of the industry.

As an entire generation of smartphone-sapiens comes of age, panelists agreed on one sure thing for the restaurant game - in coming years, convenience will be king.

“With our Pei Wei brand, about half of our sales come from takeout and that’s one of the things that has evolved over time and is increasing for us. We’re focusing on customers getting in and out as simply as possible,” McDermott said.

Though this shouldn’t be a surprise to many. Suk Singh, EVP and Chief Development Officer of Bloomin’ Brands, points to the prolific rise of food delivery services as proof of shifting customer expectations.

“UberEats is going to have a huge impact in the next five years.”

“Everyone in the marketplace is testing delivery, because the one thing you can’t buy is time. And Monday to Thursday, people are time-starved,” Singh Said.

New Kids on the Block

This shift in the industry is one led by an entirely different breed of customer. In the eyes of Del Taco’s SVP of Development, Jeff Little, restaurants need to be fully prepared for millennial marketplace dominance.

“They’re binge watching Hulu on the weekend and having toilet paper delivered to them by Amazon Prime. They want the convenience. They don't want to walk in and see a line of 20 people,'' Little said.

With 65% of the chain’s sales stemming from drive-thru, Little admits a maturing millennial base will play a significant role in the way Del Taco tackles future restaurant development.

“Millennials want to have already pre-ordered and have us figure out how to get the food to them, either when they walk in or somehow to their home,” Little said. “That’s why we’re not spending as much money on the inside of our restaurants, because I don’t see them coming in.” 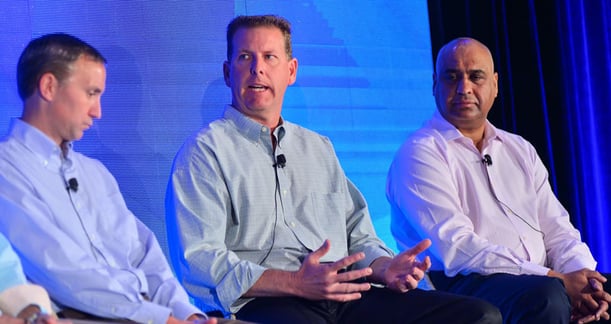 In the face of turbulent change, Little also hit home the need to have your finger on the pulse when it comes to advancing technology.

“If you’re not paying attention to technology and how that’s going to play into this industry in coming years, you’re already behind the curve.”

Though some are implementing advancements better than others. Singh referred to the success of Starbucks’ mobile integration in shaping the in-store experience.

“If you’ve got the app, Starbucks knows exactly where you are, they know your nearest store, they know what you ordered last time. They actually get you to give money to them before you actually spend it. It’s brilliant. It’s convenience in terms of going in and picking up your coffee. They interact with their customers so well, they do it better than anybody else,” Singh said. 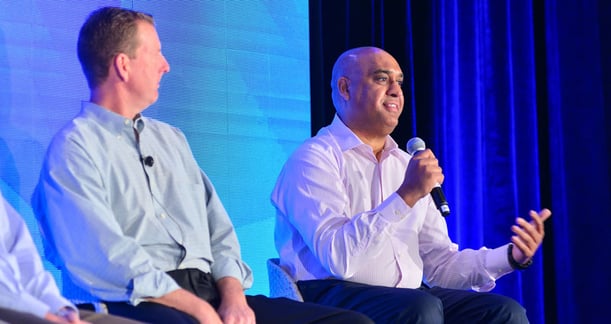 While it may be difficult to see the immediate value of data mining like this, Bill Martens, Chief Development Officer at Del Frisco’s Restaurant Group, maintained it can provide valuable insight into new restaurant placement.

“There are so many companies out there with platforms like eSite, Site Zeus and others that give you just a robust amount of information on where your guests are concentrated,” Martens said. “The technology is always improving and evolving and we’re trying to invest in that to make sure we make the right real estate decisions moving forward.”

While keeping a keen eye on technological developments is a key component of strategy, McDermott stressed success still boils down to focusing on what’s most important.

“The customer is always evolving. And the competitive marketplace is such that what you do in just a one or two year period can have a huge effect on how consumers view your brand,” McDermott said.

“Getting away from the customer and not understanding them, that’s a formula for failure.”

And restaurants are sure to fail without proper engagement.

“I think the most interesting bit of research I’ve seen on millennials is that they’re less interested in owning things and more interested in experiences and actually going out and doing something with their time,” Singh said. “They don’t just want to go out and eat anymore. They want to be entertained.”

With this in mind, companies like Del Frisco’s have had to rethink their approach among ever changing societal norms.

“With our Sullivan’s concept, the majority of them were built in the latter part of the 90s. The designs were a type of 1940s speakeasy style - very dark, very masculine, full of mahogany,” Martens said. “We want to make them more female-friendly. We’re trying to make them more appealing to a broader audience.”

Martens also referred to other experiential adjustments that have proved successful.

“The other thing that we’re building at the (Del Frisco’s) Grilles is we’ve gone with very elaborate patios. Whereas in the first iterations, we would just throw some chairs and tables out there. Now we’ve made the outside reflective of the inside. It’s just a very social atmosphere that seems to resonate with guests’ tastes,” Martens said.

The Kitchen of the Future

Though among a sea of rising costs, restaurants need to strategize their spend.

Given the rapidly evolving economic climate, panelists noted current trends in tightening operations with a particular focus on what happens behind the scenes.

“We’re a West Coast based brand, so we have to think about labor rates and what is going on with the minimum wage out there,” Little said. “The thing we’re really working on from a capital standpoint is a restaurant of the future design that really optimizing the back of the house.”

Though it’s not just a challenge for QSR. All dining sectors could benefit from thoughtful kitchen planning.

“Typically, it’s the most expensive space that we have and quite honestly, we do struggle with that,” McDermott said.

''The key is to figure out a smaller, more effective kitchen. That's where I think we're going to get big dollars in the future.'' 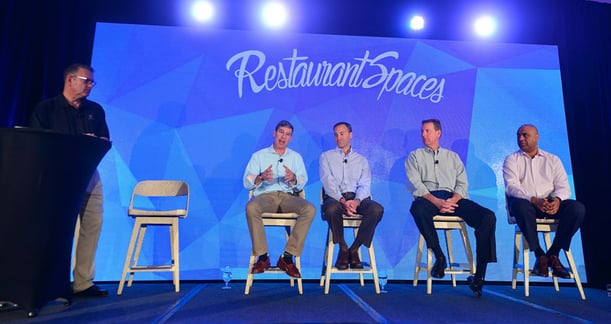 Getting Back to Basics

However, while the restaurant industry is likely to undergo rapid change in years to come, Singh cautioned the need to strike a balance.

“If you look in a lot of restaurants today, even some of the fine dining places, it’s bare concrete floors, bare concrete walls and it’s all about the service and the food. That’s what we’ve got to get back to.”

Watch the full session below, enjoy!