With the modern diner now demanding more than just a meal, a rising number of restaurant operators are clamoring to deliver experiential encounters that truly resonate with guests.

Umami Burger is one of many stepping up to the plate.

In the coming months, the restaurant chain will unveil the next generation of Umami at a revamped Downtown Los Angeles location, which Disruptive Restaurant Group and Umami CEO, Daniel Del Olmo, claims will help redefine the gourmet burger sector.

“The world is moving at a very, very fast pace,” he said.

“In order to be ahead of the game, you’ve got to be truly disruptive.”

Speaking at RestaurantSpaces, Del Olmo took the opportunity to reveal the “lifestyle hub” design for the very first time. Built around an open kitchen, the upscale burger spot will nestle diners in a space peppered with lounge areas, retail and art. At night, sweeping dividers and dramatic lighting transform the restaurant into an intimate speakeasy, complete with a self-service craft beer tap wall and the potential to showcase live music.

“We wanted to take a burger restaurant and leverage the equity of our parent company, sbe, which is known for lifestyle,” Del Olmo said. “Creating a lifestyle hub that encourages surprise and a sense of discovery could provide a truly differentiating experience completely unique to the burger space.”

Discovering the Value of Experience

The concept is just one component of a major expansion on the cards for Umami in the coming years.

Not long after being acquired by luxury hospitality group sbe in 2016, plans where put in place to license and franchise the brand, both at home and abroad. In addition to the upcoming flagship restaurant in Downtown LA, there’ll also be a spike in quick service offerings, more than doubling the number of locations to over 50 by 2021. 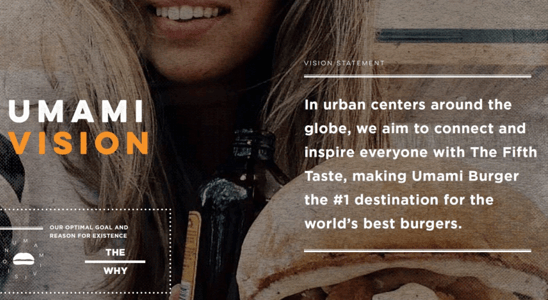 But it hasn’t always been smooth sailing for Umami.

Despite experiencing an explosion in popularity after opening in 2009, plateauing sales and greater competition among upscale burger operators led to restaurant closures and re-evaluation.

“This made us pause for a little bit and forced us to think about what was coming next,” Del Olmo said. “We had to find out how we could take a cult brand into its next chapter.”

“Eventually, we realized the experience needed to evolve.”

Relying on data from a widespread process of customer evaluation, Umami began to focus on how it could differentiate itself from competitors and continue to grow its evangelical following.

But Umami’s latest experiment won’t be its first foray into experiential dining.

Well before joining the sbe family, the brand’s audacious, collaborative UMAMIcatessen effort closed its doors after just a year and a half of operation in LA.

Only time can reveal what success or failure lies in wait for the new lifestyle hub. However, the two attempts are a testament to the company’s constant willingness to fail in the pursuit of innovation — a quality enshrined in the company’s core values.

“We strive to always be bold,” Del Olmo declared. “There are many brands that say they are bold. The reality is, how many of them truly are?”.

It’s with this mindset Umami has undergone its most recent brand transformation, partnering with Impossible Foods to offer plant-based menu options. While a somewhat unconventional direction to take in a meat-obsessed sector, Del Olmo claims the move has proven a hit with diehard customers and “changed the trajectory of the business.” The new collaboration will even be a focal point of the lifestyle hub.

Umami partnered with Impossible Foods to serve 'Impossible Burgers' made entirely from plants.

Feeling out an Emotional Connection

In an attempt to keep innovation and disruption at the forefront of their latest iteration, Del Olmo revealed the Umami team took a less traditional approach.

“Rather than focusing on our product and working all the way through to the guest experience, we decided to do it the other way,” he said. “First, we asked ‘What is the desired experience?’ Then we came up with the different factors we needed to get to the distinctive, unique environment that only Umami can provide.”

With experiential dining becoming a widely sought-after objective across the industry, Del Olmo stressed the importance of focusing on the guest above all else when crafting unique encounters.

“Sometimes it’s easy to forget that innovation goes beyond technology and truly starts with asking what it is we want people to feel,” he said.