What the WELL Seal Means for Restaurants

The COVID-19 pandemic starkly illuminated our reliance on the invisible architecture of built environments. People spend more than 90% of their lives indoors; every time we enter a building, we entrust our well-being to an unseen patchwork of technology, policies, and processes. How can we know if that new diner’s ventilation system is up to snuff? Is the air in our favorite pub pure enough, the surfaces clean enough?

The International WELL Building Institute has a simple answer: look for the WELL seal. Drawing on its years of experience certifying indoor spaces, the IWBI developed the WELL Health-Safety Rating designed to make the invisible visible. When consumers see the WELL seal, they’ll know they’re entering a building that meets a rigorous, science-based framework for health and wellness.

Though it’s been less than 1 year since the program’s launch, the WELL Health-Safety Rating is derived from the broader body of work that comprises the WELL Building Standard, and it has already been awarded to thousands of buildings across multiple sectors, from JP Morgan Chase’s 6,000 banking locations to Yankee Stadium. On a recent episode of DISRUPT, RestaurantSpaces’ webcast series, we spoke to Delos President and IWBI co-founder Peter Scialla about the WELL seal, how it works, and what it means for restaurants and other businesses as they transition into a post-pandemic world.

The WELL Building Standard, which examines an array of metrics to assess whether a building promotes the well-being of its occupants, is already embraced by workplaces around the globe. The Health-Safety Rating adapts the same process to a world with Covid-19. Applicants submit their operational procedures and policies for the IWBI’s review; those that meet at least 15 of 21 criteria, including sufficient monitoring of air quality, as well as sanitization procedures, receive the WELL Health-Safety seal.

The idea is to send consumers and workers a clear message: The restaurant has made the health and wellness of their guests a priority. “That third-party review is a sign of confidence that we're not just taking the word of owners and operators,” said Scialla. “A third party has validated that these protocols and procedures are grounded in science, grounded in evidence.”

The process doesn’t require any capital outlays or labor-intensive renovations — all you have to do is submit documentation for the IWBI to review and verify. There’s a fee to participate in the program, but a restaurant with dozens (or even hundreds) of locations can include them all in the same submission. “The costs become quite accessible in that regard,” Scialla said. 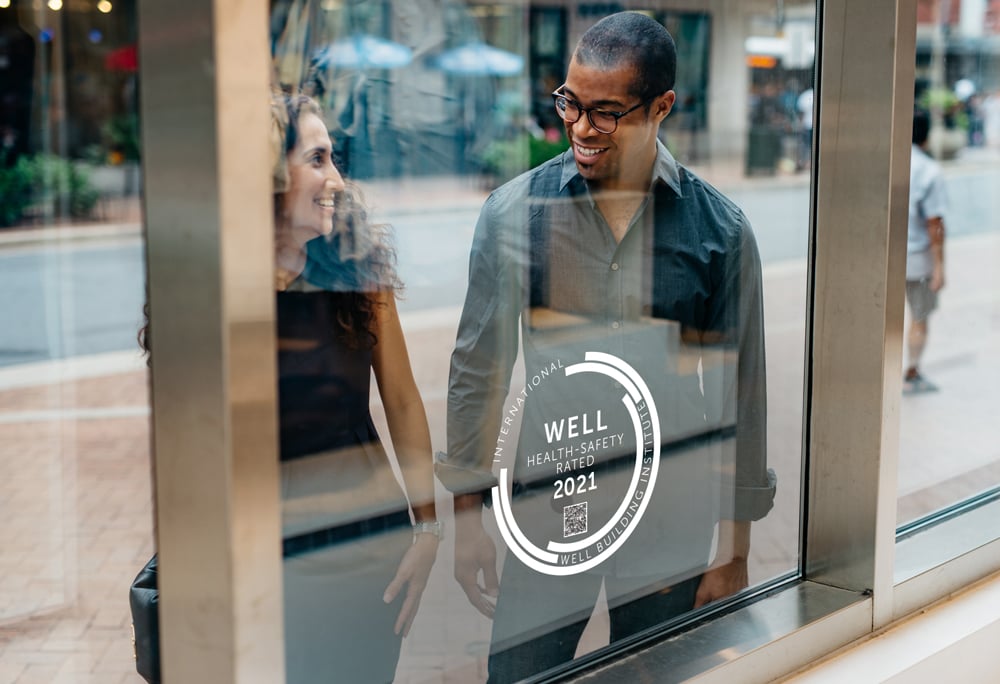 The WELL Health-Safety certification process doesn’t require investment in new ventilation or air purification technology. But if you’re looking for new solutions, Scialla noted, highly effective equipment may be cheaper than you expect. After working with its manufacturing partners to make wall-mounted air purifiers more accessible, Delos recently assisted some of the country’s largest school systems, like New York City and Chicago, in deploying over 200,000 wall-mounted air filtration devices into classrooms.

The devices capture 99.7% of particles as small as 0.3 microns — smaller than coronavirus particles — and don’t require any intensive HVAC installation. “You’re not talking about heavy labor here,” Scialla said. “You’re talking about an approximate $300 device covering five or six hundred square feet of indoor space. This is a substantial bang for your buck when it comes to addressing concerns about the viral load of an indoor environment.”

What Do the Dallas Cowboys and T-Mobile Have in Common?

The WELL Health-Safety Rating is already making a global impact, with businesses in 90 countries participating in the program. “You’re talking about tens of thousands of facilities right now, with some pretty high pedigree names,” Scialla said, listing the Dallas Cowboys, Loews Hotels, and T-Mobile as just a few of the brands certified.

Restaurants are especially poised to benefit from the WELL seal’s imprimatur in a post-pandemic world. “Consumers want to know that the businesses they visit have been checked and that the facts are measured against science,” Scialla stressed. Then there’s the other half of the equation — the staff who spend all day in the restaurant, often in very close quarters. “This is a great way to inspire confidence in workers in a tight labor market that the right protocols and processes are in place,” he said. “Achieving the WELL seal is as much a signal to your staff and your future staff as it is to your patrons."

Scialla told us a few “large players” in the restaurant industry are pursuing certification for their franchises, though he couldn’t reveal which. For now, you’ll just have to keep your eye out for the WELL seal — coming soon to a restaurant near you.

To catch future episodes of DISRUPT, follow our LinkedIn channel.