How Blockchain Could Revolutionize the Restaurant Industry

The spectacular rise of Bitcoin over the past two years, alongside other emerging cryptocurrencies, has been impossible to miss.

Of greater significance, however, is the blockchain technology underpinning these developments.

Blockchain can be compared to a giant Excel spreadsheet that millions of people share at the same time and agree that it’s valid. Think of it as a trusted shared ledger. If there’s a certain blockchain address, you can have a certain amount of bitcoin there...but there’s no reason you couldn’t put a real estate title or a maintenance schedule there.

So essentially it’s a shared database with no central ownership. It’s the trust that makes it work because both ends agree that the correct values are in the correct “cells”, and the information is updated automatically on each computer on the network. You can see everything that goes on and all parties maintain a full copy of the transactions.

As buzz continues to build around the capabilities of this technology, restaurant chains are sure to be eyeing a seat at the table.

According to business researcher and futurist, Ron Galloway, restaurant companies shouldn’t wait much longer. As a keen observer of new, disruptive technologies, he believes now is the best time for companies everywhere to begin incorporating blockchain solutions into their operations.

“In the beginning, people didn’t really understand what email could do. But it improved productivity and changed absolutely everything in business. It’s the same way blockchain is going to improve productivity,” Galloway predicted.

Where the emerging technology is likely to have the most immediate effect is its potential to transform project management.

“Smart contracts on a blockchain unify all the moving parts between all the players involved — from whoever’s ordering supplies, to the person who’s ordering lumber, to the architect, to the head of development” Galloway explained.

“It’s actually going to revolutionize project management. It will mean the death of Gantt charts.”

An established “smart contract” requires minimal intervention. Once a set of rules has been established within the confines of the contract, automated responses to certain milestones can trigger further automated actions, reducing management workload.

As an example, an electrician completing the rewiring on a project would automatically trigger payment for that service. That action might also alert necessary stakeholders of progress made, and at the same time, lead to the creation of an order for new bulbs, which could now be installed. 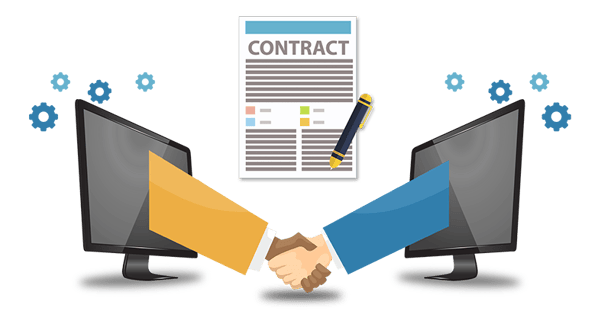 Nested within a private blockchain governing all aspects of a large restaurant rollout, endless smart contracts like these would offer unheralded transparency and ease, resulting in greater efficiency and smaller development teams. The adoption of blockchain would also mean the elimination of costly, complicated project management software.

“The thing about blockchain is you can do it without hiring some consultant who’s going to charge you $100,000 to figure out some algorithm,” Galloway said. “The technology is so simple to understand that once you figure it out, it’s easy to implement.”

It’s also possible that blockchain technology will provide incentives for meaningful, sustainable design. Big data accrued and compiled on a blockchain could allow companies to incorporate solar initiatives that pave the way for significant savings in energy use.

“Rules might be set up on a smart contract to account for weather patterns and how electricity is priced at certain times on the grid,” Galloway explained. “A company might then decide to implement a battery system to suck power off the grid on days the weather isn’t so great. Likewise, if there are sunny days ahead it might then automatically sell power back onto the grid.”

Cost-cutting design initiatives like this will help the industry offset a number of looming challenges yet to be solved.

“In Seattle, where they mandated a $15 an hour minimum wage for servers, restaurants are closing left and right. The same thing is happening in San Francisco. Wage inflation is a huge problem for restaurants. Technology is a way they can minimize that problem,” Galloway said.

“People are eating out so much now that they don’t want a human experience, they want an efficient experience.”

Technological experimentation, in the form of digitized ordering kiosks, is already being utilized at chains like Chili’s, McDonald’s, and newer concepts like Wao Bao. Galloway believes future advances like these, combined with blockchain applications, will only lead to further intuitive automation of customer transactions. 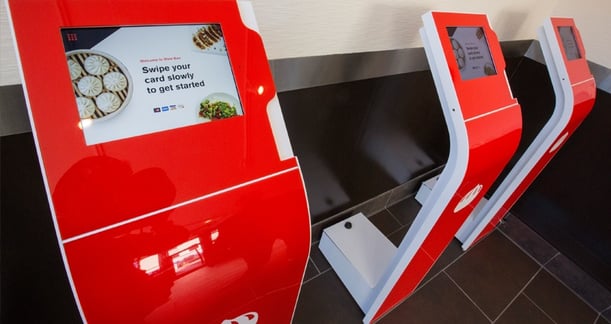 In an effort to combat ongoing food inflation and guarantee quality ingredients, some companies are already establishing blockchain solutions to improve procurement channels. In order to better facilitate this, restaurant design will eventually need to embrace the power of the Internet of Things (IoT) to procure the big data a blockchain approach would need.

“If you’re getting real-time information from every part of your restaurant portfolio on how many people are in your locations at any given time, and you can unify that with what food is being ordered, your predictive powers really increase,” Galloway said.

This kind of technology, combined with artificial intelligence (AI) and automation, is already on the rise in basically every industry. At the moment, it’s estimated there are around 20 billion connected devices in use worldwide. By 2025, that number is expected to rise to over 75 billion. 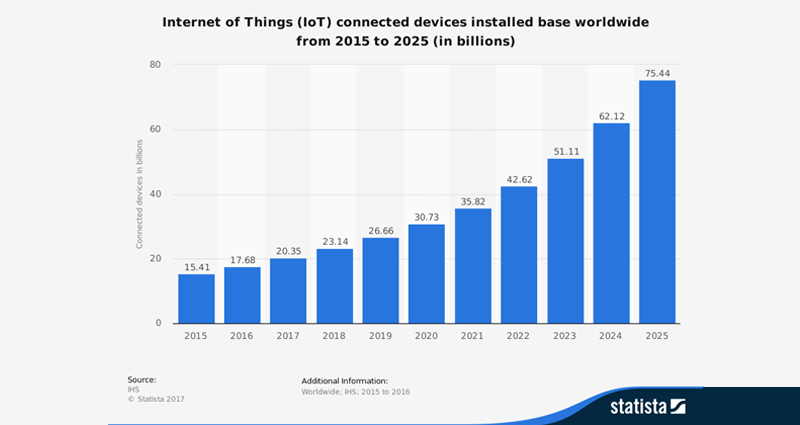 According to Galloway, seeing this trend play a role in restaurant development is simply a natural progression.

“As food inflation goes up, restaurants have to find a place to bring costs down. As well as staffing, they can do this by tightening up their supply chain to make things more efficient,” he reasoned.

Ultimately, envisioning a long-term view of a restaurant industry transformed by blockchain is difficult to do. However, when coupled with a momentous wave of automation and AI, the possibilities are fun to imagine.

For instance, one German company is currently attempting to kickstart an exceptionally ambitious concept that would make it the world’s first fully-automated, blockchain-powered pizza operation. Currently attempting to utilize an ICO (Initial Coin Offering) to raise capital for the venture, AKM Global claims it will have restaurants up and running in three years, should it reach its crowdsale target.

While such concepts remain heavily rooted in their infancy and seem far-fetched at the moment, Galloway admits it’s just as difficult to rule them out.

Where these and other future technologies might take us remains anyone’s guess. However, with predictions suggesting blockchain will have a significant role to play, restaurant chains can’t afford to pass up at least investigating its many potential uses and flow-on effects.

“Blockchain is going to change society,” Galloway prophesied. “With a growing population, the food industry will need to evolve. There are challenges, but also huge opportunities.